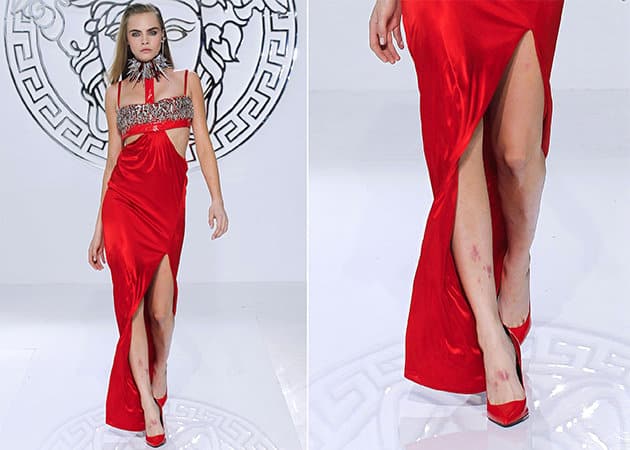 British actress Cara Delevingne is not shy of her skin disease. She went to the podium without masking the spots from psoriasis on her body. Now, after a dizzying takeoff, she left the modeling career and went into the film business.

When in 2013, at the Fashion Week in Milan, they noticed bright spots on the feet of Kara, she explained it in her Twitter: «Be gone psoriasis, you’re no fun!» At the Chanel show in Singapore, journalists have already paid attention to the consequences of exacerbation of psoriasis — pale stains on her skin.

After that, Kara made it clear that she could leave her profession for some time because of her illness, which was aggravated by stress.

In an interview for The Times Magazine Delevingne said that colleagues at work on shows and photo shoots wore gloves and were afraid to touch her skin. They thought that her illness was contagious.